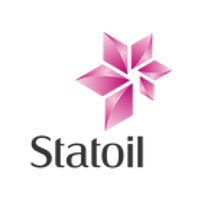 Statoil’s recently announced sale of approximately 0.4 million tons (6-7 cargos) per year for five years (2015-2019) to Lithuanian gas supplier LITGAS makes a whole lot of sense – to both sides. Statoil secures a foothold in the Baltics, an important and growing market that is logistically and strategically compatible with Statoil’s asset portfolio.  And LITGAS, for the first time, diversifies its gas supply away from Russia, which has historically provided 100% of its needs, increasing both its supply security and its leverage in price negotiations with Gazprom.  This has reportedly already paid off, with LITGAS securing a significant discount in its most recent pipeline gas purchases.

This deal is also a step toward diversifying LITGAS’s financial risk away from the oil-indexed pricing preferred by Gazprom, toward natural gas-hub based pricing, given the Statoil deal’s indexation to the UK National Balancing Point (NBP) hub.  LITGAS also anticipates the opportunity to reload and reexport cargos to other destinations to the extent that arbitrage opportunities present themselves.

Based on the publicly released information regarding the deal, it can be estimated that the contract price for this supply is at a premium of approximately $2.25/mmbtu to the NBP index.  This pricing is in line, on a levelized basis, with our European LNG forward price curves for the relevant period (2015-2019).  The figure below presents expected monthly pricing for this deal based on the latest NBP forward price curve:

The estimated contract pricing presented above has a number of implications with regard to how LITGAS might make optimal use of this newly contracted supply.  We list a couple of these below, both of which relate to the impact that NBP’s relative seasonality might have on LITGAS’s LNG supply and trading strategy: