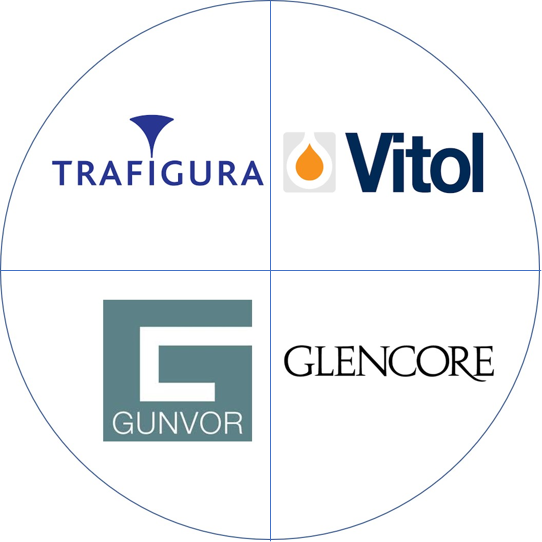 Merchants Traded Over 30 million tonnes of LNG in 2017

Based on the latest company announcements and industry reports, the commodity trading houses transacted well over 30 million tonnes (mt) of LNG in 2017. The top four ‘merchant traders accounted for most of this total, with Trafigura (1st with 8.1 mt), Vitol (2nd with 7.4 mt), Glencore and Gunvor (each with about 6 mt) registering a combined sum of 27.5 mt.

While these are impressive figures, there has been a tendency within the industry to misinterpret them. Almost all of the confusion stems from a lack of understanding of and differentiation between delivered and traded LNG volumes. We therefore offer the following notes of caution when using this information:

Our first concern is that some LNG market observers have concluded that merchants made over 10% of LNG cargo deliveries in 2017. This result is derived (incorrectly) by dividing the 30 mt in estimated merchant trade activity by total global deliveries of just over 290 mt in 2017. This type of “trade volume math” would have made sense back when short-term trading activity was negligible, and suppliers relied on their existing long-term portfolios (SPAs, equity shares) to source cargos for their customers. In those days, there was little difference between the total quantity of LNG delivered in a given year and the total quantity transacted, since very few cargos changed hands more than once as they made their way from producers to end customers.

But today, merchants in the LNG business rely predominantly on spot and short-term trade to source cargos and meet their obligations. This emerging supplier category has therefore been both a key beneficiary and one of the main catalysts for the development of the spot/short-term LNG market. Furthermore, as this market has grown in depth and maturity, so has the average length of the “transaction chain” as cargos make their way from producer to end customer. Finally, and most importantly for this discussion, it is common for more than one merchant to be involved for any particular cargo. When this happens, all of the merchants in the transaction chain for a particular cargo will include it in their traded volumes, even though only the one cargo is ultimately delivered.

​To illustrate, let’s look at a timeline for a recent chain of trades, all of which involved the same delivered cargo. For this example, we rely on Kpler’s LNG platform, which is an excellent source of information for trade and voyage-level information for any particular LNG cargo.

As shown, this cargo was bought and sold a total of six times, twice on an FOB basis, and four times DES (or perhaps DAP). It undertook two voyages on two different carriers, with delivery into two terminals and a reload in between. Finally, in addition to the producer and end customer, there were an additional five counterparties involved at various links in the transaction chain.

So let’s do some trade volume accounting. Each of the three merchants involved in the transaction chain (i.e., Trafigura, Gunvor and Mitsui) would record 62,000 tonnes of LNG transacted, quite appropriately. And while it would also be correct to conclude that this represented a total of 186,000 tonnes (3 x 62,000 tonnes) transacted across the three firms, it would clearly be incorrect to state that 186,000 tonnes were delivered, since only the single 62,000 tonne cargo was discharged at Dahej and delivered to GAIL.

With this example in mind, it should be clear that the 30 mt in LNG transacted by the merchants in 2017 surely represents a much smaller quantity of LNG that was actually delivered, since multiple merchants will have counted the same delivered cargos in their trading volumes.

In light of this, the often-repeated assertion that spot and short-term trading represents about 28% of the LNG market needs to be more properly understood. This statistic, based on GIIGNL’s excellent work, describes the percentage of delivered LNG volumes that were traded on a short-term basis. But as we have seen, most of these cargos will have been traded multiple times before reaching their final buyer.

Therefore, claims by some analysts that the short-term LNG market is approximately 82 mt (i.e., 28% of 293 mt) might be misleading unless it made clear that this is on a delivered basis. Instead, we would estimate that at least twice that quantity of LNG (i.e., 164 mt) is transacted in the short-term market, based on our assumption that, on average, at least two trades occur within the transaction chains for cargos delivered under spot and short-term deals.