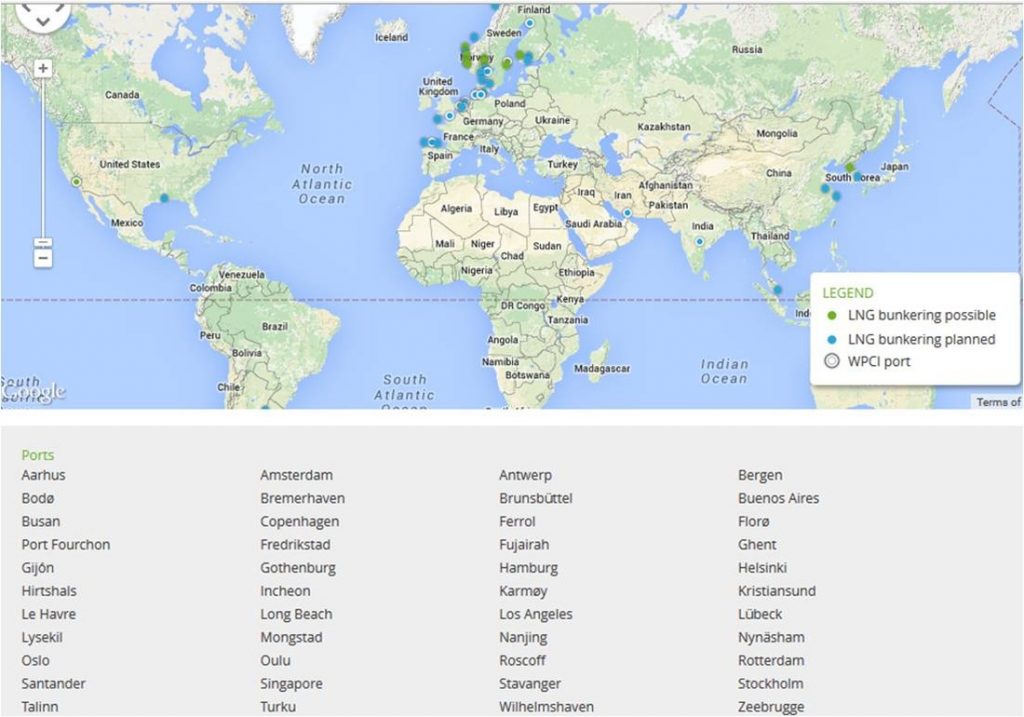 LNG is emerging as a fuel of choice in  the marine shipping industry’s transition away from dirtier bunkers to comply with the post-2015 low-sulfur (<0.1%) standards that have been set for Emisssions Compliance Areas (ECA’s) such as the North Sea, the Baltic Sea and the North American coastlines. With even stricter emissions standards from the International Maritime Organization Organization (IMO) due to kick in within the 2018-2020 timeframe, the industry is wasting no time in deploying LNG-fueled ships and their supporting infrastructure.

LNG bunkering is now available at multiple ports around the world, especially in Scandinavia (see map below). And LNG bunkering capabilities are planned throughout Northern Europe, and increasingly in East Asia, where Singapore, the world’s largest marine fueling hub, is strategically positioning itself to become an LNG bunkering center, and will be offering the service as early as January 2017.

One of the biggest questions for the LNG industry is “Just how much incremental demand will LNG bunkering create?” And as might be expected, the answers (guesses) are all over the map. The following table presents base case projections for LNG bunkering demand from three different forecasters:

The trend has been toward increasingly bullish forecasts over time, and it should also be noted that the Poten and Lloyds forecasts shown above were published before we entered the much lower priced environment for LNG fuel, as well as competing bunkers.

But even if we use the slightly dated, mid-range forecast from Lloyds, of about 24 mtpa in LNG bunkering demand by 2025, this would represent 10% growth relative to total LNG consumption in 2014 (approx. 240 mtpa). Clearly, the emergence of this direct-use source of demand for LNG may serve as a key driver in tightening the global gas/LNG supply-demand balance over the next decade, and may even catalyze a substantial structural demand shock.