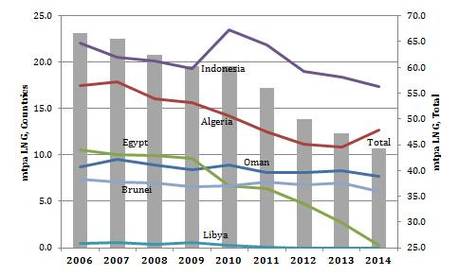 LNG market analysts spend a great deal of time looking at new projects, prognosticating if and when they might reach a positive FID, and translating these expectations into outlooks for new LNG supply. We also do quite a bit of natural gas and LNG demand forecasting. We build projections based on top-down assumptions and analysis of economic growth, geopolitical trends and other macro considerations Or we work bottom-up to model the LNG demand implications of a wide range of market dynamics, such as coal versus gas competition, adoption of LNG within niche emerging markets (e.g., marine, trucking, etc.) and other more granular drivers.

No matter which approach is used, there is a growing understanding, among both the developers and users of such analysis, that a very substantial degree of uncertainty resides within these forecasts. It is therefore also increasingly well understood that fundamental analysis and price forecasting should provide insights into the range of potential scenarios that the industry might face, and that a prudent strategy is one which uses this information to try and achieve an optimal risk-reward profile.  On the other hand, a strategy that hinges on the expectation that a single forecast will materialize can at best be described as ill advised.

The recognition and inclusion of uncertainty in LNG forecasts is a positive trend. However, there continue to be a number of material deficiencies in commonly used fundamental models and assumptions. Since these are widely relied upon in strategic decision-making, we will attempt to identify these shortcomings as we see them, and provide recommendations for how they might be remedied.

The first common error, which we will focus on in this post, is the tendency to assume that available supplies from already installed LNG production capacity will remain stable over the forecast horizon. In other words, expected supply from existing LNG projects is held constant during the forecast period, or reduced only marginally. This assumption severely underestimates the degree of contraction that does, in fact, occur in LNG production from existing projects and exporters over time.

These declines have been driven by different factors across exporters. For instance, some of these countries have had to divert limited natural gas supplies to meet faster than expected growth in local needs (e.g., Egypt, Indonesia). Others have found it increasingly difficult to maintain production at the level needed to meet feedgas requirements (e.g., Algeria).

In addition to structural contractions such as those listed above, curtailments of shorter durations but of still significant magnitudes are also a common feature of the industry. Just recently, for instance, Yemen has had to reduce production to just one train as a result of its civil war, and LNG exports from Angola have been halted or delayed numerous times as a result of fires, accidents. mechanical problems and design flaws.

The failure to account for reduced supplies from existing projects was one of the key factors in forecast errors from market studies and projections that we have reviewed from over the past decade. Unfortunately, many market analysts, including some of the more sophisticated ones, continue to underestimate the impact of this industry phenomenon. This has resulted in a general tendency to overestimate future LNG supply availability, and has introduced a downward bias in LNG price projections.

Since 2010, the rate of supply contraction among the six exporters profiled above accelerated to about 4 mtpa, or 7.4%, per year. That is the equivalent of about one full train of LNG supply lost each year. And to the extent that other exporters enter this ‘in-decline’ category, it is necessary to incorporate this persistent dynamic in fundamental forecasts to an appropriate extent for base case projections, or at the very least on a scenario basis.